The meeting was scheduled to start at 1 p.m. GMT.

Brent oil prices tumbled to around US$70 a barrel, down from October’s three-year highs above $86. Prices last month registered their biggest monthly decline since the start of the COVID-19 pandemic as the Omicron variant raised fears of an oil glut.

Benchmark Brent crude was trading below $70 on Thursday.

The OPEC+ group of producers comprising OPEC and its allies has been at odds with US requests for increased oil output to support the global economy. Producers said they did not want to hamper a fragile energy industry recovery with a new supply glut.

Russia and Saudi Arabia, the biggest OPEC+ producers, said ahead of this week’s meetings that there was no need for a knee-jerk reaction to amend policy. Iraq said that OPEC* was expected to extend existing output policy in the short term.

Since August the group has been adding an additional 400,000 barrels per day (bpd) of output to global supply, gradually winding down record cuts agreed in 2020 when demand crashed because of the pandemic.

On Wednesday OPEC+ experts said in a report seen by Reuters that the impact from Omicron was not yet clear, even though many countries were introducing lockdowns and other restrictions.

Even before concerns about Omicron emerged, OPEC+ had been weighing the effects of last week’s announcement by fhe US and other major consumers to release emergency crude reserves to temper energy prices.

OPEC+ forecast a 3 million bpd surplus in the first quarter of 2022 after the release of reserves, up from 2.3 million bpd previously.

However, the report said that the impact of the release would be muted because some countries made it voluntary and the duration was uncertain.

US President Joe Biden’s administration could adjust the timing of the release if prices drop substantially, US Deputy Energy Secretary David Turk told Reuters on Wednesday.

OPEC+ has been scaling back last year’s record output cuts of 10 million bpd, equivalent to about 10 percent of global supply. About 3.8 million bpd of cuts are still in place.

However, OPEC’s November oil output has again undershot the planned level, with some OPEC producers struggling to raise production capacity. 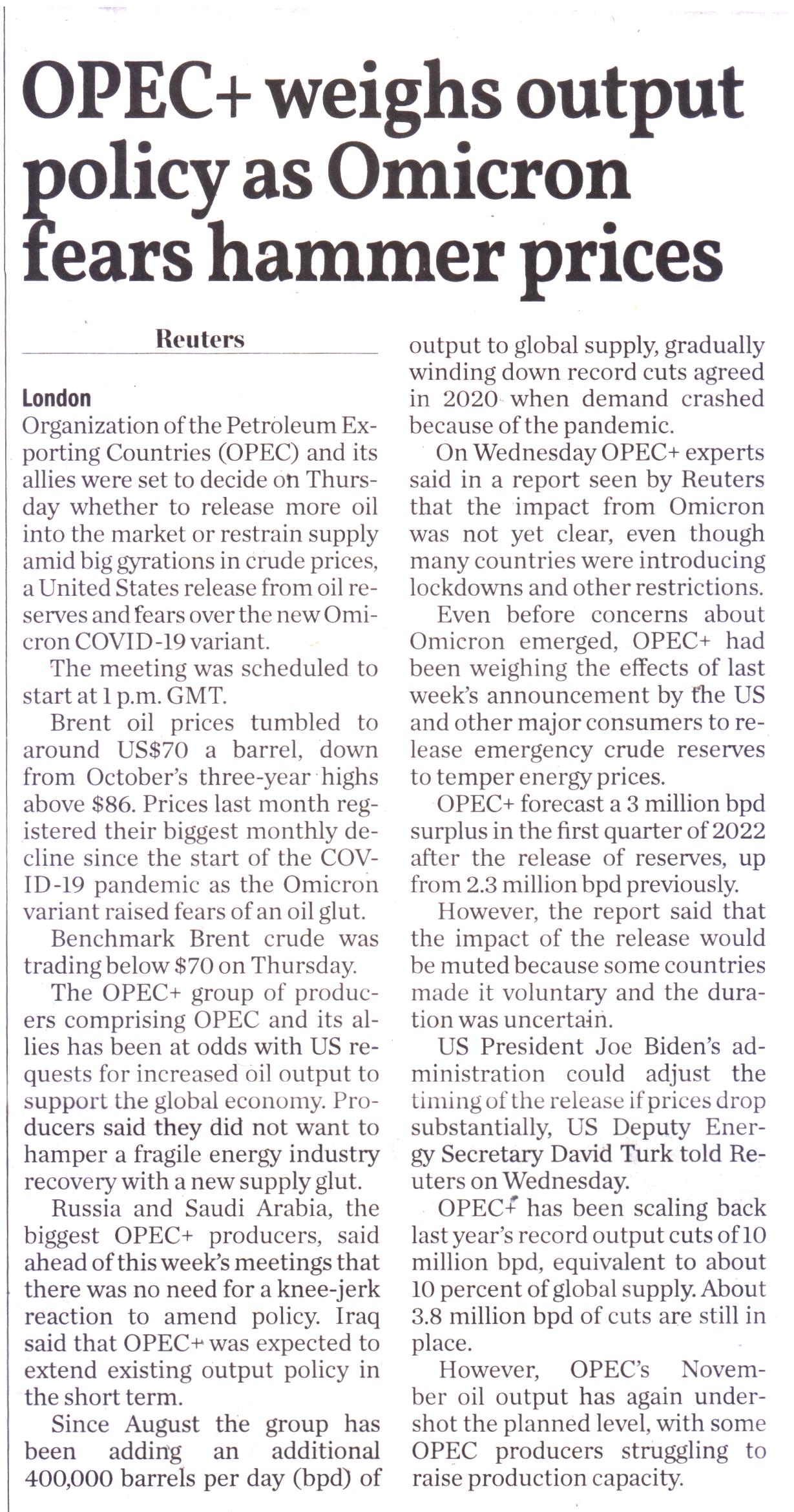